The peak of trophy Rainbow Trout fishing on the Kenai River continues as we enter into September. Several Species of salmon are spawning and the trout continue to eat and eat and eat. Now is the time when Kenai trout show off their true gluttonous nature, we have seen plenty of 24″ rainbows boosting an 18″ girth which puts that fish about 10lbs! By Kenai standards, a 24″ trout is just above average, but the girth tells the tale of what these fish are focused on!

The second run of Silvers begin peaking during the second week of September and run larger and fight harder than their first run friends. Silvers during this time average 10-15lbs and anglers can retain 3 per day.

Halibut fishing is still productive and the early part of September offers peak Silver salmon fishing on flyout trips nicely bridging the slower start to Silver fishing on the Kenai River. Anglers looking to fish in Alaska in September can tie into big results without the summer tourist crowds. 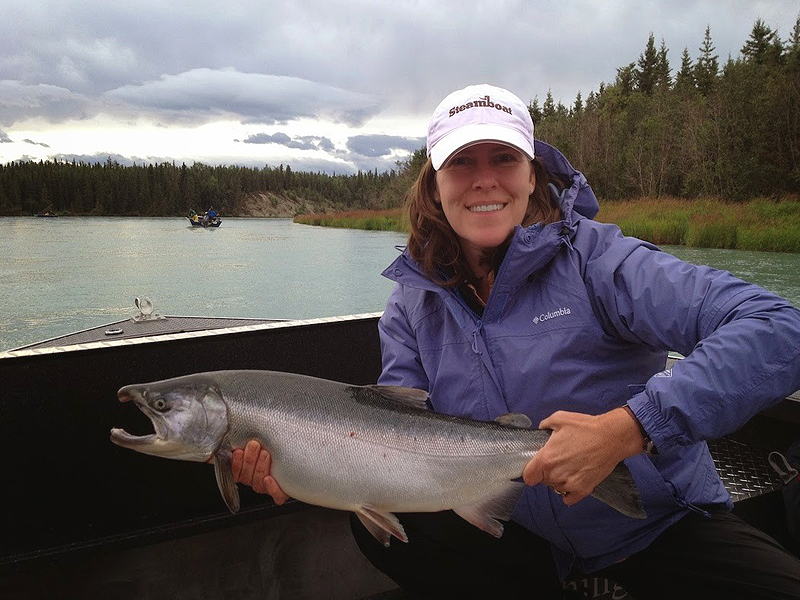 September on the Kenai Peninsula, Alaska

September in south-central Alaska is a treat for the eyes. While the spruce trees of the Kenai Peninsula remain ever-green, the cottonwoods and birch that line the river drainages turn to intense gold.

Berries which have not been picked drop to the fertile forest floor. Wildflowers begin to shrink in the waning sun. Rivers run more clearly as summer melting subsides.

September’s crisp days and chilly nights begin to become more common. Darkness returns to the Alaskan nights. The inhabitants of the Kenai Peninsula make ready for the inevitable onset of winter.